One of my more recent goals in becoming a better photographer has been to capture a good picture of the moon. 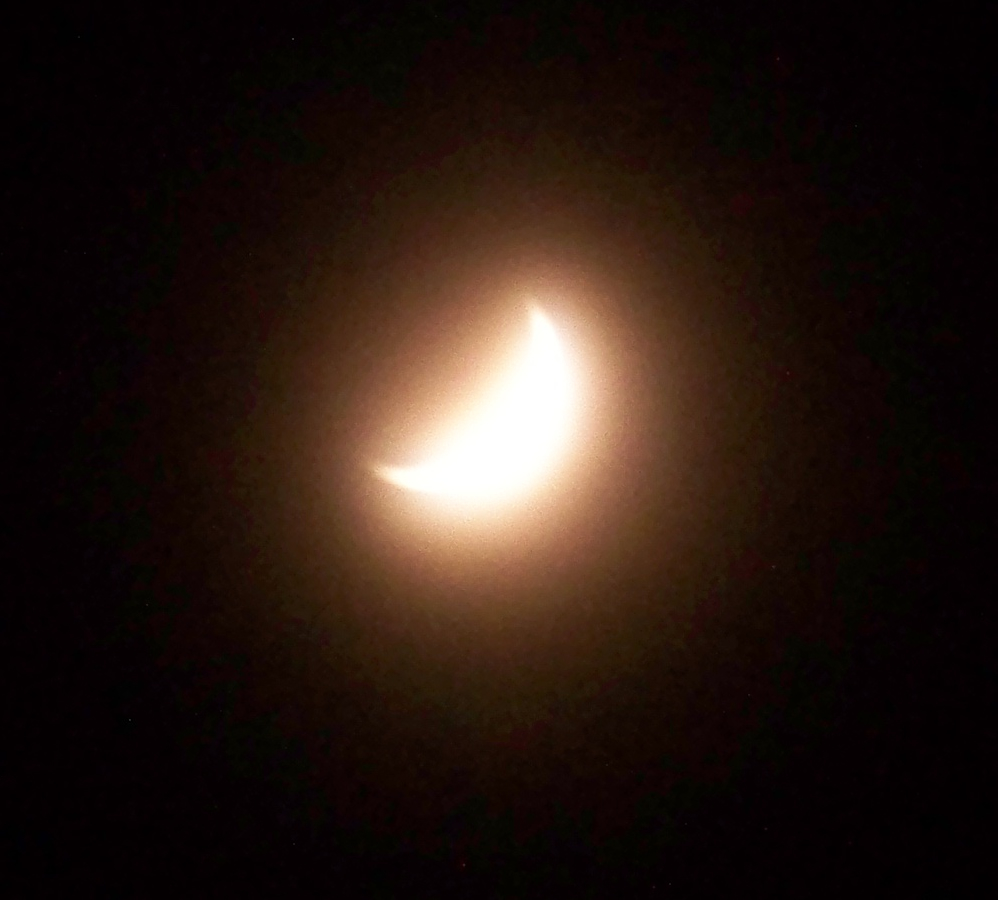 I started out, like I am sure many people have, trying to shoot the moon with my camera’s auto settings.  Then I moved on to scene settings such as fireworks and night time landscape. Every attempt resulted in blown out bright blobs on an otherwise black (other than an occasional star or planet) background.

After trying every auto setting my camera had to offer, I realized that this is a job for those rarely used [by me] PASM marks on my dial.

After some unsuccessful trial and error, I turned to the major search engines to tell me what numbers I should be setting my apeture (f-stop), ISO, and shutter speed to. I saw some amazing images. But they were captured with more advanced cameras than mine. – What is a person without an f/16 or even f/11 capable camera to do?

I got a rough idea of what the ratios should be from the websites. Finally, a good starting point for where to set my camera! Below are some of the pictures I have taken and the settings I used. Scroll to the bottom of the pics for tips and tools. 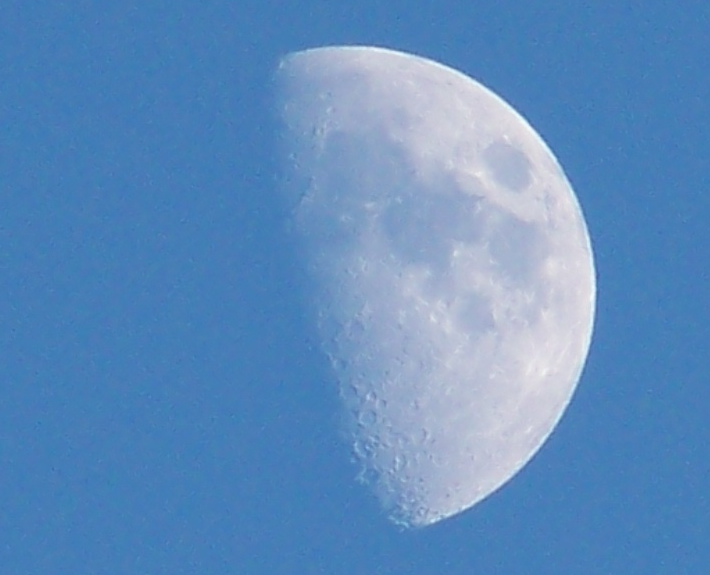 12x zoom, Landscape scene. - Notice that the camera's auto settings can capture a nice moon pic when there is the right amount of contrast between the brightness of the moon and the bluness of the sky. 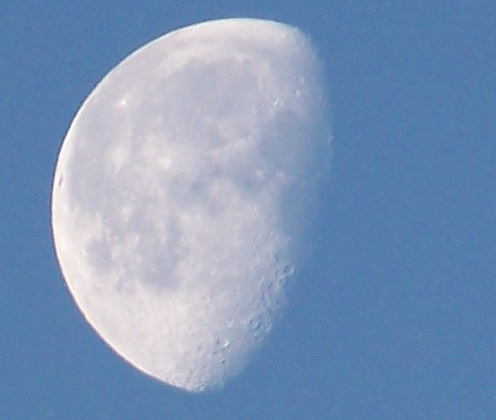 Another daytime picture taken with 12x zoom and landscape setting 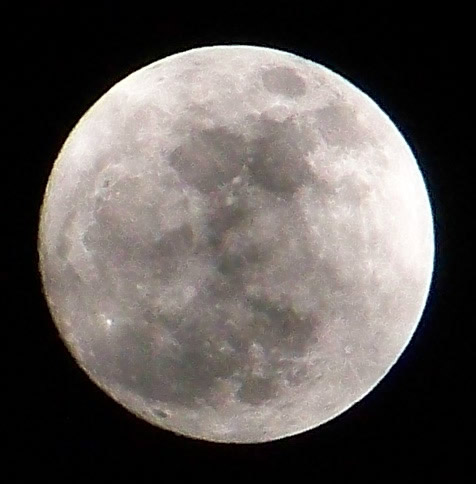 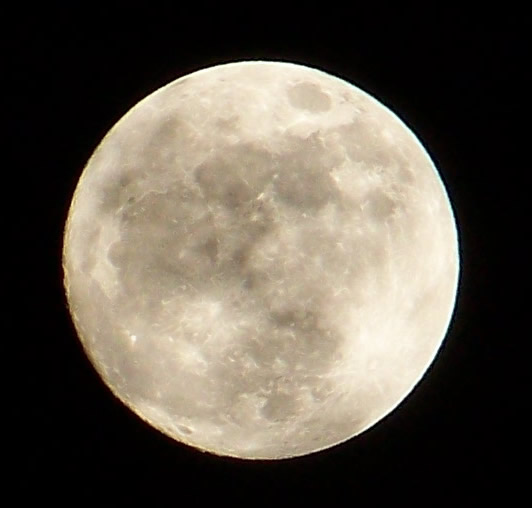 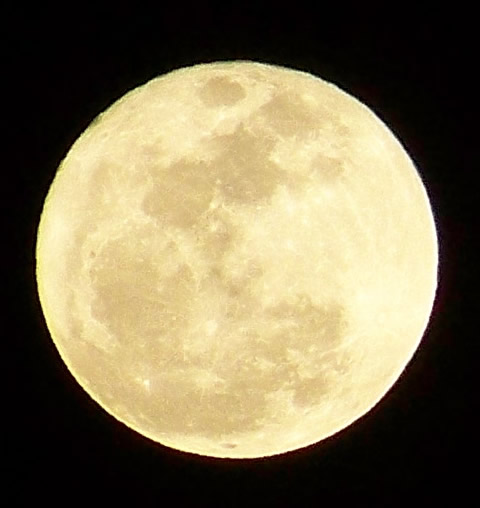 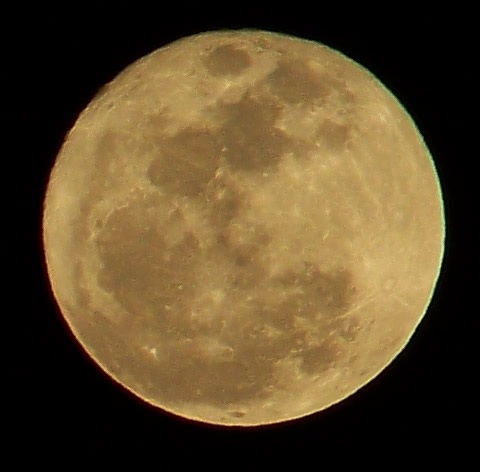 First tip. The one that has caused me much frustration – The “perfect” settings that you find one night won’t necessarily work the next. Remember, the moon is constantly moving and changing brightness levels. (More specificallly, the earth’s atmosphere and shadow affect how much light the moon sends us.) You will have to make some minor adjustments to your setting almost every time you go a few days, or even hours between pictures.

The moon is a huge object. But it appears far away and small in the night time sky. If you don’t have your camera hooked up to a telescope, try to use a camera with at least 10x optical zoom to capture more detail.

Also, when you are using a lot of zoom and/or a slow shutter speed, a small shake of the hand can make a big difference. Many photographers will need a tripod.

There is a good chance you will have to explore your camera’s manual focus settings when shooting the moon.

The moon is not “to infinity and beyond”, so don’t be surprised if setting the manual focus on “infinity” does not work.

And remember what I said about how the settings you use one night probably won’t work the next? This is true when using manual focus too. One of my above pictures was achieved by setting the focus range about 3/4 of the way between close-up and infinity. A few nights later, I was about 9/10 of the way to infinity. I huge jump in my opinion!

I have not had the chance to explore this tool in depth yet. But I would like to share the calculator I found at http://www.adidap.com/2006/12/06/moon-exposure-calculator/ .

This calculator isn’t too intuitive, but maybe you can figure it out. And the numbers it gives may not match your camera’s exact capabilities. But they should help you find an approximate starting point.